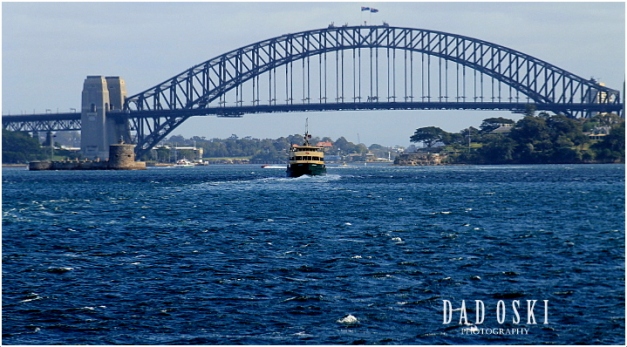 Photo taken during our trip to Manly.

This is the famous Sydney Harbour Bridge that connects the Sydney central business district and the north shore and is the iconic image of Sydney.  During Christmas Eve and New Year’s Eve, fireworks are positioned and fired below or around the bridge. Guided tours are available for those who wish to walk on top of the bridge; this is one of the many attractions of the bridge. 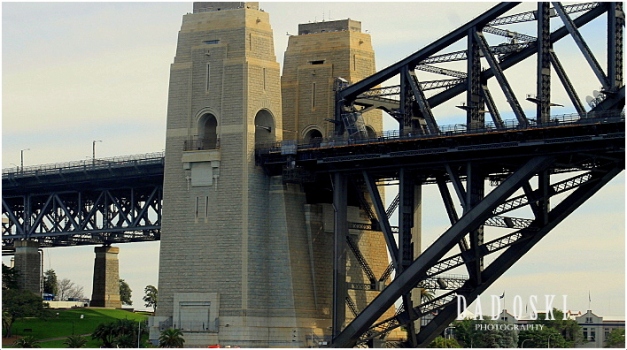 A closer look at the bridge.

History, records that there was a dramatic events involved during the planning and construction of the bridge, and so the people were so ecstatic during the construction and later celebrated the moment of its final or time it was finished. Also, at the cutting of the ribbon during the formal opening, there was a man with a sword who rode a horse, grabbed the moment and cut the ribbon before the New South Wales Premier at that time could do so.  The ribbon was retied and the Premier did cut again the ribbon after the military man was arrested.  It was formally opened on Saturday, 19th March 1932. 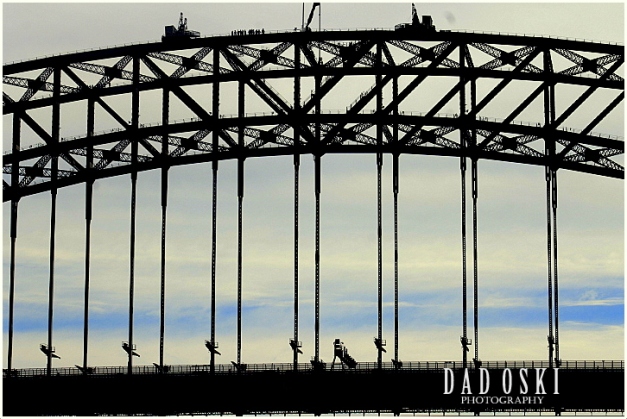 Another close up photo.