We had a hard time visiting this place last year, summer at that time but it was raining so hard. The week before, Sydney got soaked up with rain as well as thunderstorm in some part of it and floods in the northern coast of New South Wales.  We were scheduled to visit the Abercrombie House at the central part of New South Wales and so rain or shine we’ve got to go because it was the only day that the house was open for public viewing during the month.

So along the way, rain was so hard especially when we’re up the mountains.  It was even deadly foggy and these guys in motorbikes (see photo) seemed unstoppable in their journey like us.  It was really a hard day but we were surprised that it wasn’t raining at all when we arrived at the place where the Abercrombie House is located.

At a distant the huge Abercrombie House was visible and we’re stunned at its beauty and architecture.  The house is a heritage listed in the Bathurst region, is one of the few Victorian era mansions that do exist today in New South Wales.  The house was indeed an old house walled with sandstone with heaps of rooms, beautiful lounge rooms and an awesome garden.  We were with a group tour that day, and our tour guide was the owner himself. 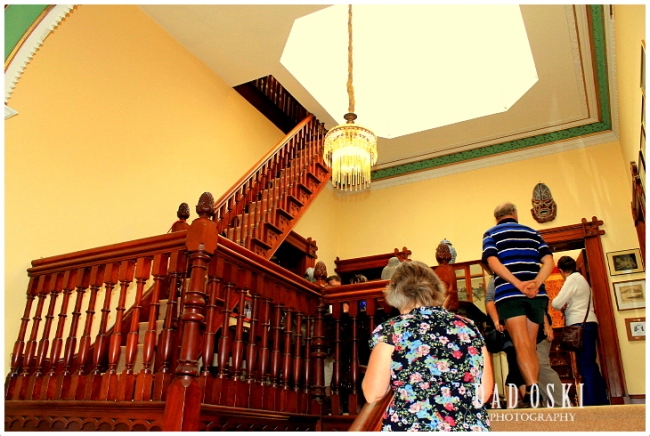 Inside the Abercrombie House

It has an interesting history, from the first owner William Stewart who came to Australia from England in 1825 as part of the colonisation of the penal colony until to its present owner, the Morgan family.  It was also the home to Australia’s first famous archaeologist, James Stewart who specialised in Cypriot and Near eastern Archaeology that was before the Morgans. Everyone in the group was fascinated and awed with every bit of its history as the owner gestured every important aspects of the house, rooms are unique to each other.  It’s a tall house with furnishings still intact, preserved from its 1800s until now.  The Morgan family has spent many years restoring the magnificent house and its buildings and grounds. 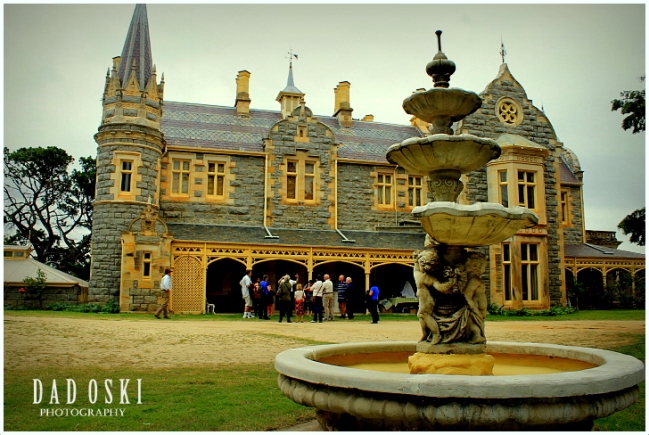 Our group after the tour, outside the house still sharing stories.

Abercrombie House also provides a spectacular venue for public functions and private events.  Bookings are required for group tours as well as educational tours for the children.