They call the place as the Carss Bush Park named after William Carss who originally owned the place (1854-178).

The park is a foreshore from Kogarah’s bay just off the Carwar Avenue covering an area of 25 hectares.  Carss Bush Park offers a wide variety of recreational facilities and services. These include the Carss Park Café and Grill, the Kogarah War Memorial Olympic Swimming Pool, sports fields, bushland, playground areas, picnic and BBQ facilities, an intertidal swimming area, a Life Savers building, internal car parks, a stage area and other amenities and infrastructure.

We were here yesterday, and I enjoyed taking photos of the bushland and its wildlife.  There were many people that day, all of the shaded picnic areas were occupied and some just laid down some picnic blankets on the grass to place their foods, etc.  One big event, a birthday celebration was celebrated under the big trees just down or off the road and parking area.

Here are some photos of the wildlife I took from here.

The Lorikits are here in abundance.

A rare tree I found here.

Fruits of a shrub.

A spider on the web. 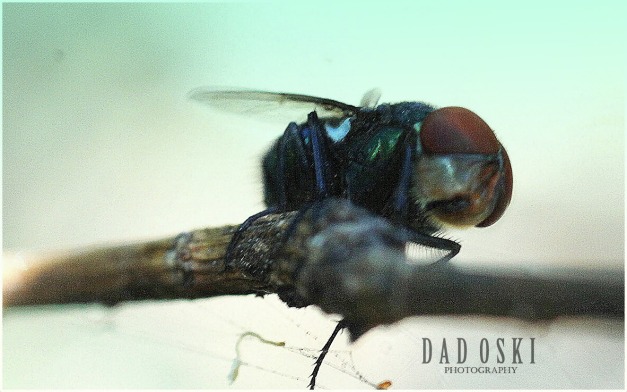 A fly. One flew away when I accidentally touched the stem they were resting on while focusing my lens. 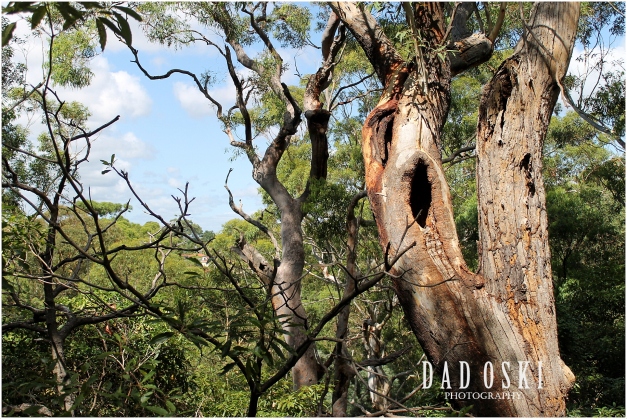 Another kind of bird in the bush. 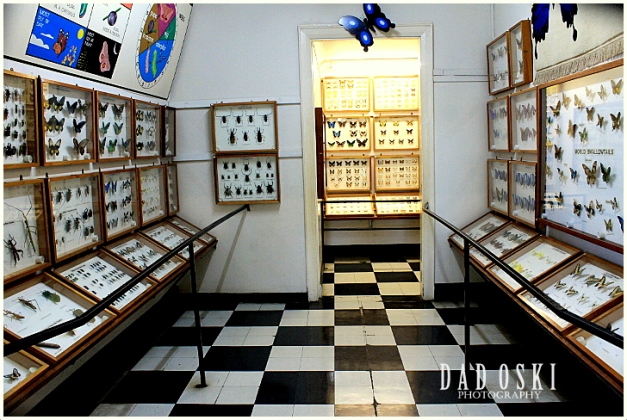 One room of the museum.

This Butterfly Museum not only is a collection of butterflies but also includes a variety of Moths, Beetles, Spiders, Scorpions and insects from South East Asia.  When we were here, we were amazed at the huge number of collections kept here and of course of the patience of those people involved in categorizing, naming and preservation work.  It took us couple of hours to go through them all.  Actually, the museum caters for school groups, clubs etc. 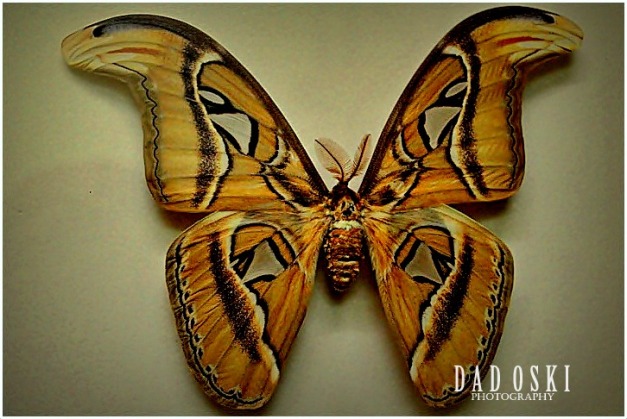 Another collection of butterflies.

Some insects in the museum.

The Butterfly Farm is located in the Hawkesbury Region of New South Wales and we visited this museum last January 2012.  At that time we too, had a fun time at Indy 800 Kart Track which is just close to the museum. 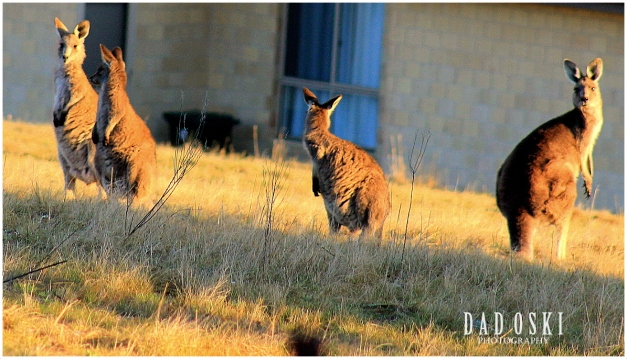 Kangaroos felt my presence, suddenly head up and searched where I am.

I took this photo using my 75-300mm lens on an early morning walk around half passed six in the morning outside our camp site at Capital Country Holiday Village which is 24 kilometres north of Canberra.

Wild Kangaroos abound around the perimeter of the camp site looking for food and this was my second time to take photos of them.  My first attempt was futile; they all leaped away from me when they sensed me getting closer to them and perhaps heard the crackling of my footsteps on the stony, bushy ground.

So, on my second attempt the fact that I already knew where they were, I carefully maintained silence while slowly walked on to where they were, aware of a certain distance that they will not be disturbed while at the same time zooming and focusing my lens.  The result was good and this photo was one of them.

Kangaroos have large, powerful hind legs, large feet adapted for leaping, a long muscular tail for balance, and a small head. Like most marsupials, female kangaroos have a pouch called a marsupium in which joeys complete postnatal development.

Larger kangaroos have adapted much better to changes brought to the Australian landscape by humans and though many of their smaller cousins are endangered, they are plentiful. They are not farmed to any extent, but wild kangaroos are shot for meat, leather hides, sport, and to protect grazing land for sheep and cattle.  Although there is some controversy, harvesting kangaroo meat has many environmental and health benefits over traditional meats.

The kangaroo is a national symbol of Australia: its emblem is used on the Australian coat of arms, on some of its currency, as well as by some of Australia’s well known organisations, including Qantas.  The kangaroo is important to both Australian culture and the national image and consequently there are numerous popular culture references. 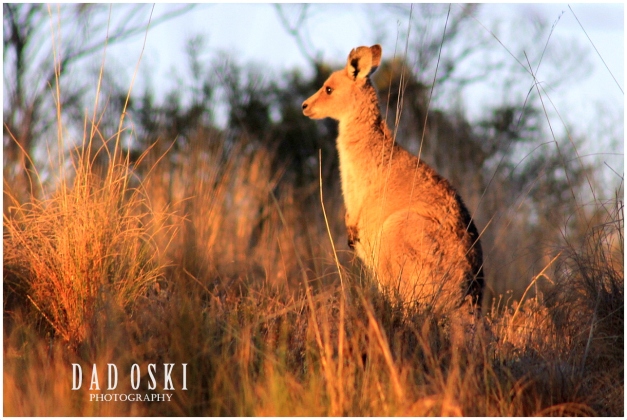 Another wild Kangaroo in the bushland approximately 100m away from our camp site.

I experienced bird watching when we had our holiday at Lake Macquarie, central coast of New South Wales.  For two days, I got the chance to take photos, watch and go deep down the thickly forested hill on every early morning.   I used my long lens just to have good shots of them.  I have to walk quietly and closely below every birds chirping on top of tree branches.  The birds are wild and I had number of difficult times and chances getting close to them, they flew away once they felt you’re closing in and so obviously, most of the time I was impatient since that was my very first time engaging with birds of these kinds.

I noticed too, that the birds keep chirping almost at the same time and the loudest before the sun rises.  If we stayed longer here I could have captured far better awesome photos than what I took.  Yet, at the end of the day I liked it, I know this was an experience that I’ll never forget, lake side bird watching!

I took this photo in our backyard and it was my first time to have seen such a lovely bird as this roaming around the neighbourhood.  It’s a Lorikit, a multicolored bird that most often times can be found in wildlife parks and zoos or pet shops.  It was an early morning at that time at the front lawn of the house, and as I was about to open up the door of my car, I heard a unique sound, a bird chirping, and to my surprise when I got my eyes laid up to the branch of a palm tree, was this lovely coloured lorikit enjoying the day!   I really couldn’t believe it, but I would suppose the bird might have gotten lost. 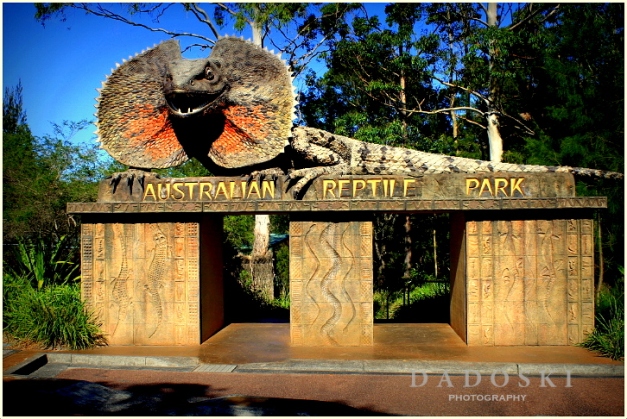 Right at the entrance to the park.

This is another great zoo in Australia on a nine hectare area located at Somersby on the Central Coast, New South Wales. It is about 50 kilometres North of Sydney, and is just off the Sydney-Newcastle Freeway on the Gosford exit.

A friend had mentioned the zoo to me before and so on the early part of 2013 we visited it and just hoping that it would be bigger than the Featherdale Wildlife Park.  When we arrived here, busloads of tourists had just got off it and were then entering the park and there were some cars already parked too, meaning heaps of visitors were already enjoying the parks wildlife’s animals.

At the ticketing area, a big crocodile statue and a big toad in a pond boasts the parks ambiance, and then another huge crocodile statue with an open mouth is well placed at the walkway overlooking the whole park.

One side of the sanctuary.

There are a lot of features the park do offer.  We witnessed the feeding of a giant Galapagos tortoise named Hugo and likewise the feeding of an alligator from the banks of a massive ’gator lagoon.  There are native and exotic reptiles and spiders in their unique exhibits.  That’s’ why the park accommodates educational tours for school kids.  They have great facilities like adventure playground, cafe and picnic area, free BBQs.

But in the year 2000, a devastating fire wiped out the Reptile Park’s main building, destroying Australia’s largest collection of reptiles, amphibians and spiders on the night of 16 July. All the external facilities and animals, including Eric the crocodile, escaped the fire. A fault in an electrical lead was found to be the cause.  The Reptile Park reopened in an abbreviated format on 9 September in time to capitalize on tourism surge generated by the 2000 Sydney Olympics. 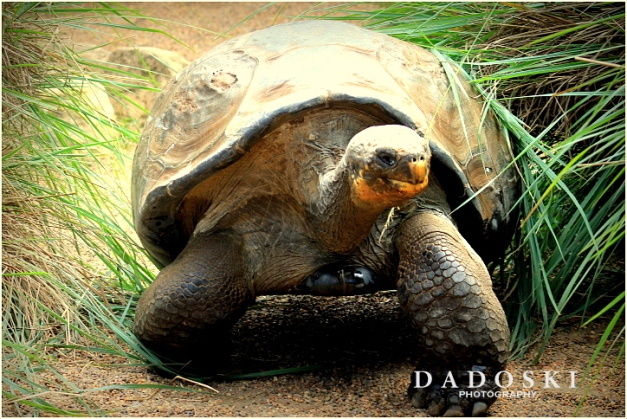 The Sanctuary is the only zoo in Australia committed to saving lives with a Venom-Milking Program in place for the past 50+ years, saving over 300 lives each year being the sole supplier of a variety of venoms, which is used for all snake and funnel-web anti-venom in Australia.  That is a special program which is very unique and only experts do advocate.  In 1951, the founder of the sanctuary Eric Worrell started long-term association with the Commonwealth Serum Laboratories, providing snake venom required to produce antivenoms.  Then in June 2008, Australian Reptile Park Director John Weigel received one of the nation’s highest civilian awards – Member (AM) of the Order of Australia. The award was announced by the Governor General as part of the Queen’s Birthday celebrations in recognition of John’s contributions to Australian tourism, herpetology, and snake venom production.

This is the Featherdale Wildlife Park located in Western Sydney, now a prime tourist attraction here and the best wildlife park in Australia.  It was just a poultry farm in 1953 and now holds a lot of enormous collection of Australian mammals, birds and reptiles.

I’ve been here two times now and the last was when a friend held a birthday party of his first born son at the function room inside the park. I would recommend for you to visit it someday.  I noticed that visitors love most to get closer to the Australian animal icons like Kangaroos and Koalas, fed and touch them more than any other animals, and the crocodiles, they’re just curious to see them especially when they open up their big mouth. 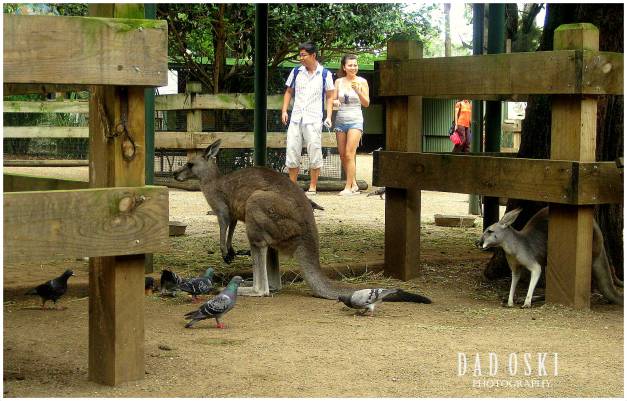 The wildlife at the zoo.

Inside the zoo, birds do abound, they have native birds including eagles, owls, brolgas, emus, cockatoos and lorikeets. Also they have penguins, marsupials including kangaroos, wallabies, echidnas, bilbies, wombats, Tasmanian devils and, of course, koalas and reptiles including, crocodiles, lizards, snakes and frogs. They even have a farmyard with an assortment of farm animals for the kids to watch, become familiar with and feed.  Do you love the wildlife, too? 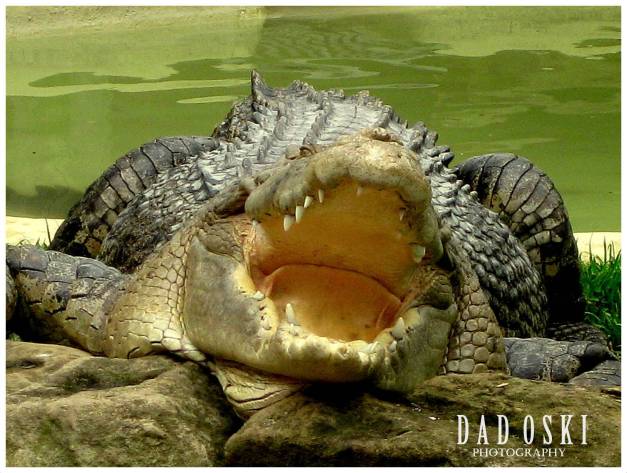 A crocodile perhaps hungry or angry?

TRAVELS and PHOTOGRAPHY
Blog at WordPress.com.